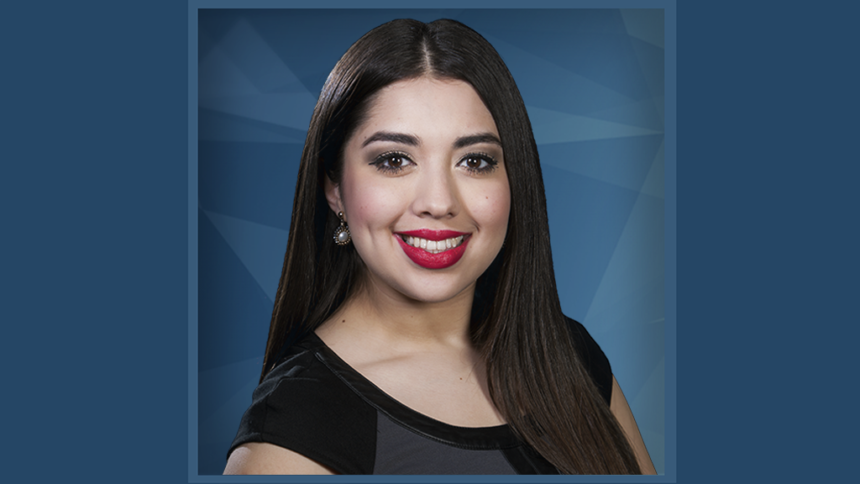 Marcela Camargo was born in El Centro, California and raised in Mexicali, Baja California. After she finished high school in Mexicali, she decided to move to San Diego to pursue her dream of becoming a journalist, a journalist that can make an impact in the community.

Marcela studied at San Diego State University where she received her BA in Journalism and a minor in French, in May 2018.

During her college experience, Marcela was involved in many organizations, such as the University’s newspaper and radio station. She was also a member of the National Association of Hispanic Journalists SDSU Chapter.

She also had the opportunity to intern for Telemundo 20 and NBC 7 in San Diego, where her passion for news grew even more.

During her free time, Marcela enjoys spending time with her family and friends. She also loves to dance, sing, listen to music, and eat tacos!

Marcela is new to the Central Coast and is excited to get involved with the community and explore all the amazing things it has to offer!

Marcela Camargo is a producer and multi-media journalist at Telemundo 23.